Your session will expire in 0 minutes.

It is the mission of this department to improve the quality of life of our citizens and the guests to our city by our integrity, vision and performance as it relates to the issues of safety and well being of our community. This specifically is the protection of each persons’ constitutional right and privilege as a matter of peaceful and productive living within the city of State Center.

It is the department’s innovative leadership that will facilitate and be held accountable for the role of crime prevention and suppression in the interest of good public order using all available resources at the departments’ disposal. As crime is a social issue impacting all aspects of our community, it is imperative that as a public service department, the department with the community address the issues that impact both the individual and the common wealth of State Center as related to safety in the interest of good public order.
As the department serves this community, this department is accountable to the community for it’s quality of service. This department will be committed to the highest standards of ethical conduct, integrity, and professionalism in all it’s endeavors.

We appreciate the citizens of State Center being involved with reporting suspicious activity or crimes in progress to the Police Department. We rely on community involvement to assist us on being the “eyes and ears” for the community.

Please feel free to contact our office with any question, concerns or comments.  Our email address is scpd@partnercom.net

We provide extra patrol and residence checks for citizens who are going to be on vacation or away from home for an extended period of time. If you would like us to check your residence please stop by the Police Department or City Hall and fill out a vacation check form.

The State Center Police department is currently looking for qualified men and women to fill vacant Reserve Officer positions. If you are interested in serving our community as a Volunteer Reserve officer, Contact Sgt. Dan Quigley at the above email address. 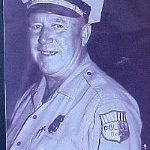